It is Difficult to Make Predictions, Especially About the Future

Niels Bohr was a Danish physicist who is credited with saying “It is difficult to make predictions, especially about the future.” While at first this proverb feels like something Yogi Berra may have said, Bohr’s life story is a manifestation of the maxim’s truth. 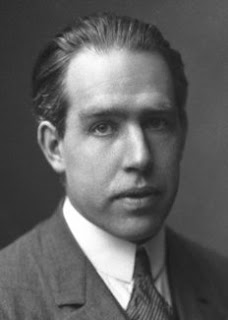 By all measures, Niels Bohr had a predictable life. For starters, he was a physicist. His job was to predict how the universe would interact. He was so good at this predicting that he won the 1922 Nobel Prize in Physics for his work on atomic structures.

His mother was Ellen Adler, a member of a prominent Jewish banking family. Bohr did not necessarily consider himself Jewish, having been christened in the Lutheran church. His wealth and privilege afforded him an education, which would have been a good enough indicator of his future success. Paired with his innate ability, perhaps it was predictable that he’d achieve such academic and public success.

But what made him remarkable is what happened after the predictable timeline. As the Nazis rose to power in the 1930’s, Bohr chose to use his prestige to save many Jewish lives. As you may be aware, in 1933, the Rockefeller Foundation created a fund to help support refugee academics – particularly Jewish ones - who were at greatest risk. Bohr met with the President of the Rockefeller Foundation, Max Mason, during a visit to the United States and secured a plan. Bohr offered the refugees temporary jobs at his institute, providing them with financial support and arranging for them to be awarded fellowships from the Rockefeller Foundation. Ultimately it was all with the goal of placing them at institutions around the world, shepherding them to safety. He saved hundreds of lives.

Predictably or not, in 1940, his own life came into danger. The Nazis invaded Denmark and Bohr got word that the Nazis considered him Jewish on account of his mother. Like many Danish Jews, he fled to Sweden by way of fishing boat and his was able to find passage to the US. Yet he refused to leave Sweden until he had had an opportunity to meet with King Gustav V, whom he helped persuade to make public Sweden’s willingness to provide a refuge to Danish Jews. Soon after, in early October 1943, the great exodus of 7,800 Jews across the Oresund Sea took place.

When Niels arrived in the US, he became part of the Manhattan. Yet even from there he took an unexpected turn. He was an early defector from using nuclear technology for weapons and directed his energy toward peaceful applications.

Bohr is right, then. It’s hard to make predictions, particularly about the future. His life story is an example of how one may try to predict a great many outcomes, but it is the choices we make in the face of unpredictable challenges that dictate what the future will hold. The future cannot be predicted, it can only be directed by our actions.

Bohr’s story feels meaningful to me this Shabbat for two reasons. The first is because of two very strange objects that appear in this week’s Torah portion. Numbers 27:21 talks about Joshua’s promotion within Israelite leadership. Joshua and the new High Priest, Eleazer, are to consult the “Urim and Thummim” in rendering decisions and choosing next steps for the community. The Urim and Thummim are two stones, we think, that were part of the high priest’s breastplate. Scholars are generally stumped on how they were used, but we think the stones served as a sort of proto-Ouija board. The function remains a mystery, but it seems safe to say that the Urim and Thummim were tools to decode prophecy and help point the community in the right direction. 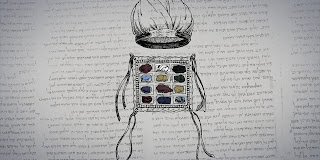 Somewhere along the way, they fell out of vogue. Maybe because our ancestors felt, much like many of us, that this feels like a whole lot of superstitious mumbo jumbo.

But it would seem that consulting the Urim and Thummim regarding the future is not too unlike Niels Bohr’s life story and how we can live our lives. Rather than ancient magical divination tools, perhaps the Urim and Thummim were the means by which Israelite leaders took the reality of their moment and analyzed it. Perhaps they were a “values lens” by which they interpreted the circumstances and developed a way forward most in line with what they believed to be the most just outcome. They were just a tool through with the community’s values, and God’s commands, were articulated.

Which leads to the second reason Bohr’s story seems significant to me on this Shabbat. As I join you in forging Woodlands 3.0, I’m reminded that we can predict, we can plan, and despite our efforts, we can never know what the future holds. We can, however, take the time to reflect on the values that are most important to us and resolve that even in the most tumultuous, contentious moments, to trudge forward, acting in accordance with those values.

And I believe we do a good job of this at Woodlands. Isn’t this precisely what did throughout the pandemic? In every hard choice to close, to mask, to distance, to change it all, we led with our values. And lest you think me just self-congratulatory of our community, I see our frequent lauding as a reaffirmation of what we stand for: egalitarianism and diversity, an embracing of modernity, a desire to innovate and to constantly level-up not just as Jews but as people.

So as we return to our sacred space, and as we assume new and old positions within the community, let’s accept that we cannot make predictions, especially about the future. That said, we can resolve to choose our future – to make it one we are proud of. We know we’re on the right track, because we are choosing this future together.

Posted by WCT Living Torah at 7:21 AM