I thought we had enough Hanukkah children’s books in our house, but I was wrong. A book showed up this month that did what children’s books do best: look like an innocent tale on the outside but sucker punch you in the gut by the end. 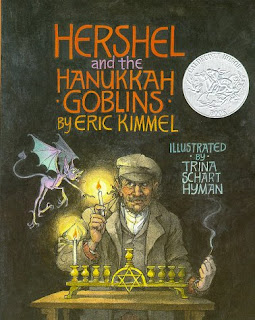 It’s called Herschel and the Hanukkah Goblins. This story reads like a vintage Hasidic tale, but it
was actually written in 1989 by Eric Kimmel. Its protagonist, Herschel of Ostropol IS a character from traditional Yiddish literature, though. He’s a trickster who has a habit of exposing hypocrisy and inequality. For example, the story is told:

During a holiday feast, Hershel once sat across from a self-absorbed rich man who made derogatory remarks about Hershel’s eating habits.

“What separates you from a pig, is what I’d like to know,” the man said derisively.

So in Herschel and the Hanukkah Goblins, Herschel shows up to a village on the eve of Hanukkah. The town is dark and cold, not a single candle is lit. The villagers explain that a pack of goblins haunt the old synagogue on the hill. They blow out the villagers’ candles and throw their latkes on the floor. The rabbi adds that the only way to get rid of the goblins is to spend the eight days of Hanukkah in the synagogue, light the menorah each night and avoid the goblins’ mischief. Then, on the 8th night, if you’ve even made it that far, the King of the Goblins himself has to light the menorah.

Herschel isn’t scared. He takes up residence in the haunted synagogue. Night after night, the goblins show up. Each goblin is more grotesque terrifying than the last. Yet, night after night, Herschel outwits the goblins, besting them into lighting the candles.

On the 7th night, though, no goblin comes. Herschel, starting to doze off, suddenly hears a horrible noise, a voice that sounds like the cracking of bones. “Happy Hanukkah, Herschel of Ostropol! It is I…the King of the Goblins.” “Aren’t you early?” Herschel asks. “Oh, I’m not there….yet,” the King of the Goblins replies. “But I’m coming tomorrow to teach you how scary us goblins can be!” The voice rises to a hurricane roar and rips the shingles from the synagogue roof, shattering the windows. The Hanukkah candles reel in the savage blast, but do not go out. 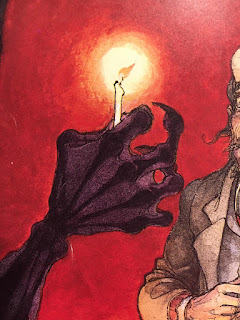 I felt chills the first time I read the story. I thought to myself: this is more than a fable, more than a fantastical Hanukkah tale. THIS is the story of the Jewish people.

In every age, there are hideous, harassing forces that try to snuff out the light of our people – the goblins of anti-semitism - greed, power and jealousy. As I read of the flying shingles and broken glass, I thought of the pograms, the inquisition, the mischief and the mayhem, the small and large aggressions our ancestors faced ever since they first uttered words of Torah. 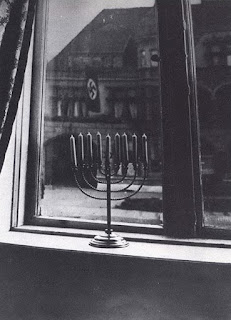 As the walls splintered and the roof divided from the old synagogue, I thought of the Holocaust, destroying half of worldwide Jewry. How empires, hordes and mobs have come in every generation to prove to us Jews how powerful and superior they are, hell bent on proving some grotesque, perverted point.

But then I turn my attention to the Hanukkah candles, which persist despite the many attempts to spit them out, or prevent them from being lit altogether. It’s significant that the walls of the synagogue in Herschel’s story disappear completely, revealing the menorah bare but bright.

Isn’t this what it was like for the Maccabees: their house of worship defiled and disgraced? Having fought the war against tyranny, they reclaim their holy space, but it can never actually be the same.

Imagine it what it must have been like: to have won the war but still have the task of rebuilding? Imagine how fatigued they must have been. Yet somehow they found the courage to rebuild and to rededicate their temple, allowing the Jewish story to begin a new chapter.

Friends, I’ll let you in on the true miracle of Hanukkah. It’s not that the oil lasted 8 days for the Maccabees, but that it’s lasted 2,000 years for the rest of us. The miracle of Hanukkah is that the Temple and our synagogues can be burned, ransacked and even destroyed but that the light of Torah and the glowing heart of Jewry still remains.

Come to think of it, there is no better metaphor for Hanukkah 2020: a menorah lit, with no walls around it. While I’m thankful that our beloved Woodlands building is standing and well-cared for, our community tonight gathers around the light of our chanukiyot, we gather in the shared experience of the holiday. No walls, just the light in our hearts coming together.

As the pandemic – a King of the Goblins in its own way - has blown through our homes, our public spaces and our lives, we have found ways to outsmart it, to challenge its hubris. Our medical professionals and researchers are heroic Herschels. Every person who puts on a mask helps keep another life from being snuffed out. We are battered, bruised and broken, but like our Maccabee forebearers, and like the Jews of the ages who followed them, we stand before the Hanukkah lights with a gutsy attitude; a boldness to defiantly defy the odds. You could call it Hanukkah Chutzpah.

This year, we need even more Hanukkah Chutzpah. At a time when we’re feeling trapped in our homes, bound by an invisible goblin who deals in fear and isolation, our community will continue to find one another. This year, every year, on every night of Hanukkah, we Jews light our menorahs together. We increase our light and our joy evening by evening, a physical manifestation of eternal Jewish incandescence…the spirit of our ancestors that calls out in every age: be bold, be kind, be brave. 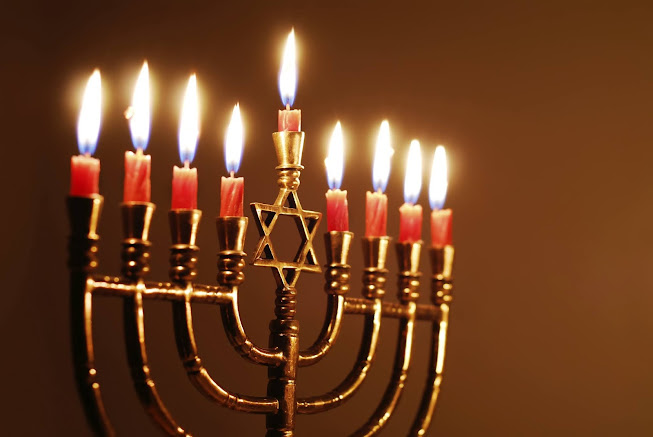