Noah’s favorite part of pre-school is seeing her friends. Her second favorite part is painting at the classroom easels. She used to paint thick multi-colored dots. Now she’s going through a period where she paints the entire sheet of paper 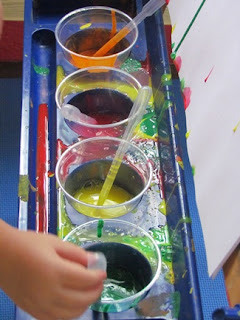 pink with broad brushstrokes, but leaves a small section available for an accent color. I imagine she was standing at her favorite easel, paintbrush in hand, when the announcement came that everyone had to leave, immediately. She was instructed to take her pink winter coat but leave her Hello Kitty lunchbox. She and her friends were shuffled out of the building and walked to the hotel next door where they were told “the fire chief has to go into our building” and that they were being picked up from school immediately.

As you may have deduced, Noah attends the early childhood program at the JCC on the Hudson, where there was a bomb threat on Monday. Our JCC is one of 100 bomb threats called into JCCs since early 2017. When I got the message, I wasn’t surprised. I had prepared myself for this, knowing that it was just a matter of time until our JCC made the call list.

All of these threats have been hoaxes, but all had to be treated seriously. Noah is one of hundreds of Jewish preschoolers who have had their mornings disrupted and their Hello Kitty lunchboxes left to have “a sleepover at school.”

And thank God it was only that: a morning disrupted.

I approach this rather minor incident in our lives with a great deal of perspective. Yes, these phone calls are terrorism – meant to confuse, intimidate and scare the Jewish community – but they are by no means the worst our people have experienced. And certainly, they pale in comparison to the fear undocumented workers feel anytime they leave their homes, or the violence inflicted against people of color our country’s streets. There have been 139 vandalism attacks on US mosques in the last year, with 4 mosques set on fire since January. Trans individuals are being murdered for expressing their identity. Terror has been in America, but now more and more of us are sharing in it.

I understand my privilege and safety as a white, cisgender woman. And still, Monday’s incident here in the Rivertowns leaves me rattled. Maybe it is because it comes on the heels of the desecration of Jewish cemeteries…and a few months after the entrance sign to my seminary, HUC, was desecrated for the very first time in century with a swastika. I worry for the well-being of my family: three out of the four of us spend our entire days in decidedly JEWISH institutions (Asher gets to play blocks and nap at home all day, lucky him). I also worry because history has proven an undeniable trend: hate against a particular group begins with hateful graffiti, business boycotts and damage to property. It eventually escalates to violence to human beings themselves.

I was pleased that President Trump began his remarks on Tuesday night by (finally) calling out this loud anti-semitic trend and invoking Black History Month as a time to be reminded of the cause of Civil Rights. He stated: “we may be a Nation divided on policies, we are a country that stands united in condemning hate and evil in all its forms.” I’m pleased to, for the first time, quote something he said that I support.

But then, after a short breath, he began his intended remarks. He praised the “new national pride sweeping our Nation” with a “surge of optimism.” The two sentiments, just seconds apart from one another, couldn’t have been more disjointed for me, trying desperately to listen with an open heart.

He posed a question to the country that I pose to you tonight: “What will America look like as we [approach] our 250th year? What kind of country will we leave for our children?”

His vision, as he articulated it, included de-regulation, new international allies, school choice, an increased military, and a hunt for individuals who are dragging us down with drugs, freeloading and job-grabbing.

So it is exactly those values we must consider. What, precisely, are we meant to be building in America?

Our constitution says it in its first line: we want to form a more perfect Union, establish Justice, insure domestic Tranquility, provide for the common defense, promote the general Welfare, and secure the Blessings of Liberty to ourselves and our Posterity. 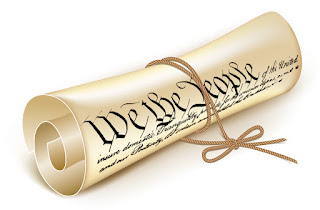 Blessings of Liberty. Our Torah portion this week has much to say about the enterprise of building in order to secure “blessings of liberty.”

Almost every verse this week is a detailed explanation of the materials used to build the mishkan, the sanctuary to God that will travel with the Israelites as they wander and solidify as a people. Every person is commanded to bring their skills and materials as they are able and moved. Every piece will fit together in an elaborate unison. It will be beautiful, the most beautiful, unlike anything you’ve seen before.

But the structure we spend so much time reading about turns out to be pretty much inconsequential. Case in point: it no longer exists (if it ever did). Only the descendants of the people who built it remain. Only their traditions and values have mattered in the long haul.

It was never about the thing itself – it was always about the united heart of the people building it. God gives away the rouse in Exodus 25:8 – “let them make me a Sanctuary, so that I may dwell among them.” Note, the words are not “within it.” No, it’s “among them.” That is, according to the rabbis, within the hearts of the people. “There”, says verse 22, “I will speak with you.”

Attacks against buildings are only a short jump to attacks against humans. We Jews have met this foe of bigotry before. We are equipped to defeat it again.

And not just because of our historical resilience. No, it is because for once in our people’s history, we have the ear and the heart of our neighbors.

On Tuesday morning, Cantor Jonathan, Rabbi Billy and I met with diverse faith leaders from the Rivertowns and Greenburgh area. The threat against the JCC was only our touch point. We shook hands with one another and pledged to work together to leave no room in our community Mishkan for anything but the presence of God. I was so proud. 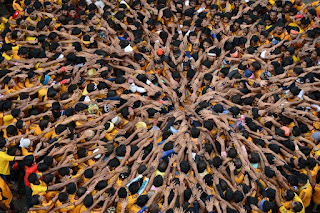 And so motivated. Now is NOT the time for us Jews to play the victim. The anti-semitism is scary, but the broader wave of hate is scarier. Minority communities have been suffering for years. We talked about it, we got on board. The Black Lives Matter movement, refugee resettlement initiatives. Now, with the hate coming to our doorstep, we cross the threshold to take an even more public stand. We are a people who know what is like to be the outsider, to suffer at the hands of those that hate because it’s all they know how to do. Let us take our own experiences, and sharing them with our neighbors’ experiences, build a mishkan of love and a sanctuary of fellowship, amen.
Posted by WCT Living Torah at 6:33 PM